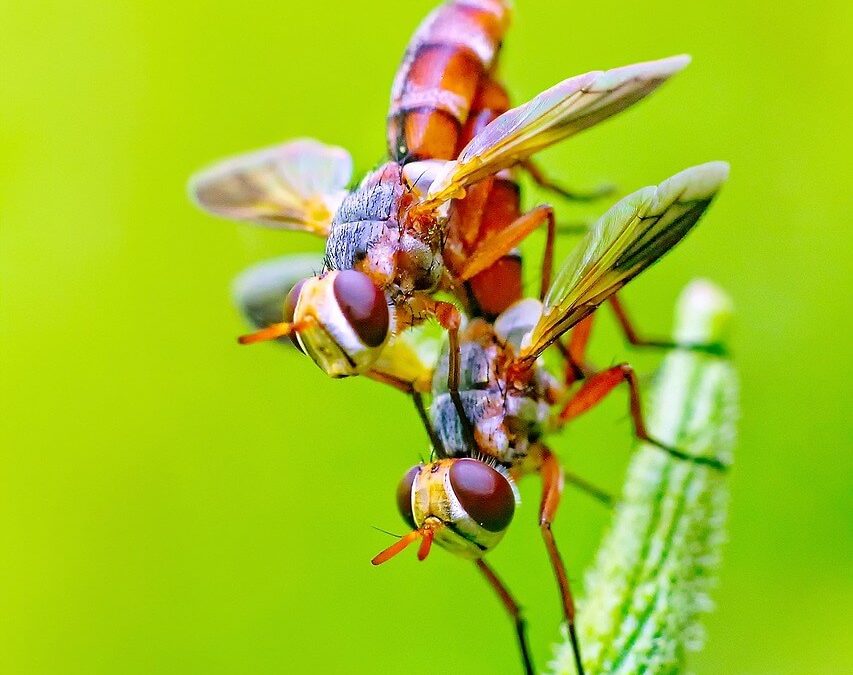 The Weird Mating Habits of Insects

The mating habits of some insects are so bizarre they sound like they come straight out of a horror movie!

When it is time for insect species to attract a mate, they have their own ways of winning over the opposite sex that would sound downright creepy to most people

Below are examples of what passes for romance in the insect world!

These pests are infamous for their ability to reproduce rapidly, creating major infestations in short periods of time.

Bed bugs practice a mating behaviour known as “traumatic insemination” where the male pierces the abdomen of the female to directly inseminate her body cavity.

Male bed bugs often attempt to mate with other males, killing them in the process.

When the male locates the female termites, they will break off their wings, symbolizing that they are a couple.

In fire ant colonies, the queen ant is in charge of laying eggs and can  control how many male and female eggs she lays.

The queen can live for up to seven years and produce more than 1,000 eggs each day.

Male fire ants are not so fortunate. Their only role in the colony is to mate with the queen and then die soon after doing so….(at least they die happy?)