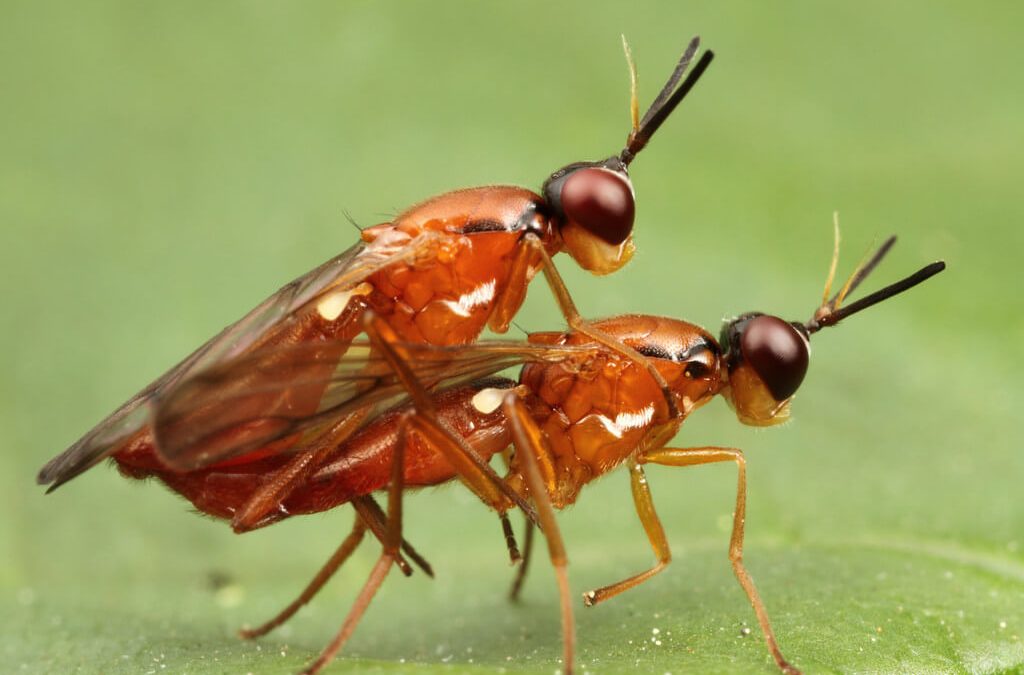 The mating habits of pests can often put us humans to shame. Some of the male insect will offer gifts, song and will even dance to impress a female insect.

However as most of us aware in the insect world mating rituals does not always mean an endless happy ever after love story, in some cases it is more fatal attraction. (yes there are insects that eat their partner after they have mated)

Pests such as cockroaches and termites could be named the whores of the insect world as their sole purpose in life is to produce as many babies as possible, and as we have discussed previously we know both the cockroach and termite can be damaging not only to your property but also to your health.

The female termites release a perfume to entice male termites; this perfume is known as mating pheromones. Once the male has located the alluring female they break off their wings indicates they are now a couple.

A termite queen can lay more than 60,000 eggs in her lifetime, and given the life cycle of a termite egg is only 50-60 days there is a potential for major termite damage to be caused to your home. It is not uncommon for in one colony to be over 1 million termites each chomping down on the wood in your home.

The larger cockroach species such as the American or Australia cockroach it is the job of the male to impress the female cockroach before they are able to mate. Cockroaches flap their wings exposing their abdomens and may even nibble a little at the female.

Female cockroaches are able to lay approx. 40 eggs each month, and unlike termites do not affect the structure of your home they can harm your health.

Call a pest control specialist to cut the relationship of insects in your home short!