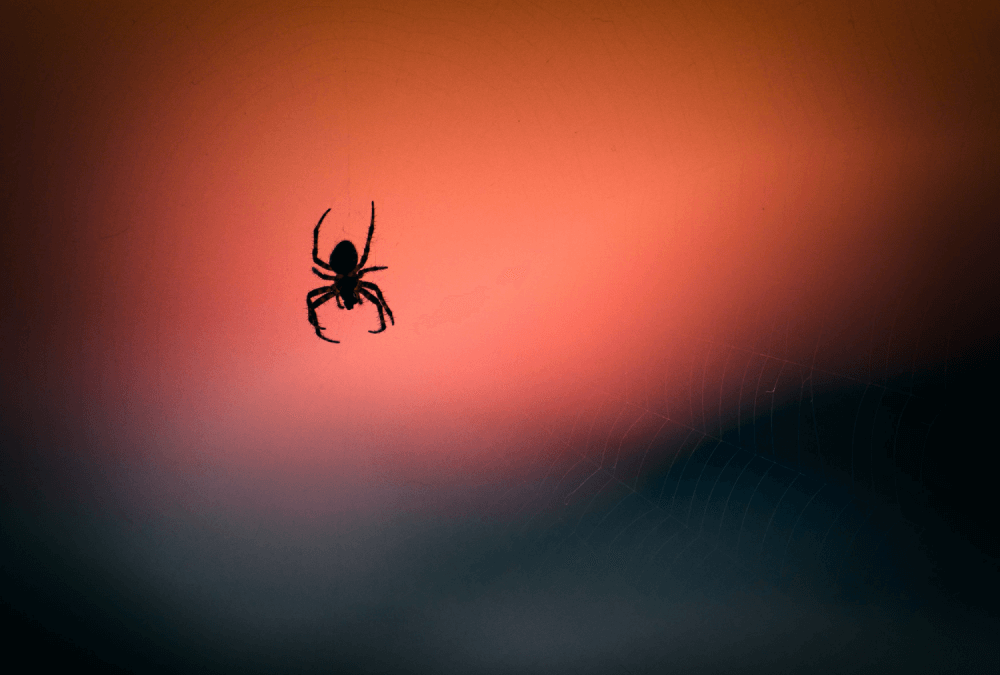 Facts not Fear: Managing Spiders in and Around Your Home

You may have noticed that spiders have made an appearance in or around your home.

We wanted to share some information to calm some fears, as well as help you control them around your home if they are bothering you.

Every year as we reach the peak of Summer, we see more spider webs around, one of the reasons being is there is an increase in flying insect populations, which provides ample food sources for spiders.

Summer is also spider mating season, so spiders are out and about and hard to miss!

No one likes walking outside in the morning to have a spider web greet you in the face.

Most of the spiders that are found around the exterior of a house this time of year are webbing spiders which build the traditional round webs, and are usually built at eye level, so they hard to miss.

Many times, people feel like their home is infested because of all the webs, but it is important to remember that the spider’s food sources, and mating partners are all outside so that is where they would prefer to stay.

Do not feed into fear

Many of our customers have a genuine fear of spiders.

One of our goals with this post is to replace fear with facts about the biology of spiders.

Spiders do not eat people!

Almost always, when a spider bites, it is out of self-defence.

The majority of spiders in Sydney are harmless and not all bite. Unlike mosquitoes, bed bugs and fleas, spiders only bite as a defence mechanism.  Minor symptoms of a spider bite can include itching and minor rashes.

However, some spider bites can cause serious harm and require immediate first aid, with some even needing emergency treatment and hospital observation.

The 6 most dangerous spiders that can be found in Sydney are:

Did you know that spiders can build a web on your home without ever touching the home!

Spiders will often travel from trees and bushes by casting out a line of silk much like a fishing pole, a skill called “ballooning” where they glide through the air, almost like flying.

A spider can rebuild a full web within an hour or two, so simply knocking down the webs will not control them.

Many spiders are beneficial to keep undesirable bug populations under control.

What are “Ghost Webs”?

A ghost web is a web that exists but that spider either vacated that location or may have died a while ago, but the web remains.

The silk material spiders use to build their webs is very strong and sticky and can remain in place for months or even years after the spider that created it is long gone.

Just because you see a lot of webs around, it does not necessarily mean there are a lot of spiders.

A one-off treatment  & or clearing the webs will help, but without regular prevention efforts done on a year-round basis, the insect population (spider food sources) will still be prevalent when the spiders look to re-establish.

With regular pest control efforts in strategic locations around a home, it does reduce the abundance of other insects, resulting in a smaller food source for spiders, which means there will be fewer spiders around.

The idea of pest control is to make your home a less desirable place for them to call their home.

We are here to help in any way we can.