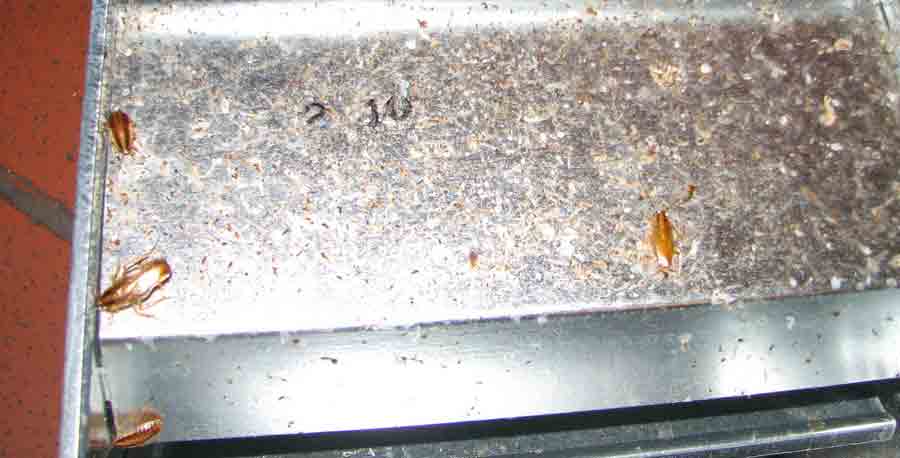 In recent weeks we have noticed a rise in German cockroach activity leading us to believe there is an outbreak in Sydney.

Cockroaches are one of the most common insects found in homes, restaurants, food handling areas, and they are perhaps the most despised and widespread pests known to man. Cockroaches are a high-risk pest to have in your home as they carry a range of serious illnesses such as salmonella, dysentery, and gastroenteritis.

The risk is increased in homes with children, the elderly and those fighting illnesses. Cockroach droppings have been implicated as being a contributing factor leading to childhood asthma.  Apart from the health risks, cockroaches are a disturbing pest to many homeowners and they also produce an obnoxious odour that contaminates nearby food and belongings.

Cockroaches can breed rapidly and are highly resilient.

German cockroaches tend to breed in electrical appliances which mean your fridge; microwave, dishwasher, kettle etc are all at risk not of just having cockroaches in them but also short-circuiting, creating a fire hazard in the waiting.

It is often during the colder months we see a decrease in calls about German cockroaches, but this year as the weather has cooled, the calls and inquiries are on the rise. The reason this has surprised us is as the weather changes to the cooler months during autumn and winter German cockroaches usually huddle into groups to keep warm thus their presence is not always seen until the warmer months.

The Treatment for German cockroaches is different than the larger cockroaches.  Many companies will “try” to solve the issue with sprays and powders but we have proved this method does not work. Sydneys Best Pest Control use gel to eradicate German cockroaches as using powder, gas, and conventional sprays will only temporarily stop them. I have had countless customers who have tried other companies who have sprayed or powdered and they have told me they keep coming back! And they will because each pesticide has a purpose, why would you use a spider treatment on a German cockroach, it simply will not work!

Sydneys Best Pest Control has done well over 25,000O German cockroach treatments, and 99.5% of the time only one treatment has ever been required. (What happened to the other 0.5%? The remaining 0.5% covers severe infestations that have been an issue for a long time and a 2nd treatment was required)

If you are having an issue with German cockroaches, do not delay, give us a call today!