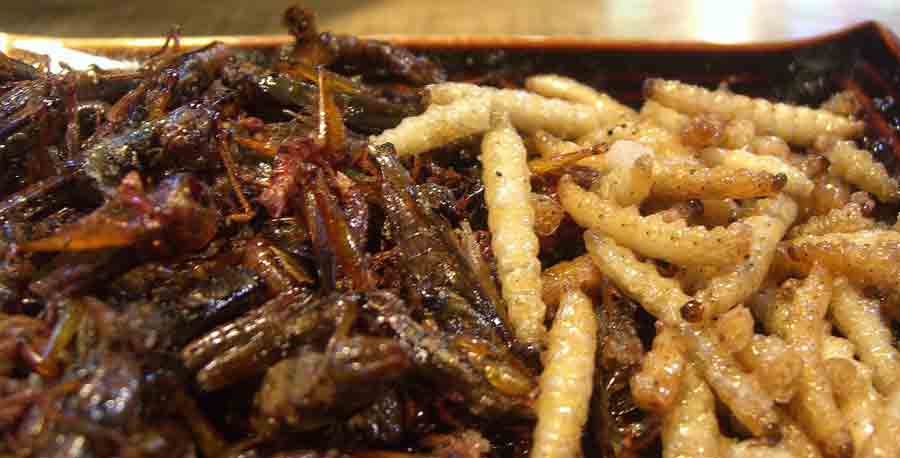 Bugs As a Food Source

The eating of bugs is something that has been around for centuries, although strange to the majority of us, others find bug eating a great cheap source of protein, a stable food, and even a delicacy.

Entomophagy is the term that is given to a human that consumes insects and it is estimated that almost half of the world’s population eat flying, biting or crawling insects. In some parts of the world, you can visit open-air markets specifically selling insects, such as in Thailand

When you go to the movies, the one thing everyone drools for in the western world is popcorn, however in South America; roasted ants are the way to go!

It is estimated that over 1,400 different types of insects are eaten by some 3,000 ethnic groups, these insects range from:

From what I have been reading I have found there are some interesting Nutritional Values (listed below) in eating insects, although not enough to convince me to start eating them.

Many insect species are high in protein, low in fat, and seem to be healthier than meat products.

Scientists believe that unknowingly we all consume at least 1/2kg of insects each year!

The national food standards say that anything less than 60 insects per 100 grams is considered safe!

The majority of foods that we eat contain some kind of contaminant in it, cockroach parts & droppings in chocolate are almost impossible to avoid as the cockroach is indigenous to the cocoa bean. Other foods that are known to be affected are peanut butter, macaroni, fruit, cheese, popcorn, wheat and some cheeses!