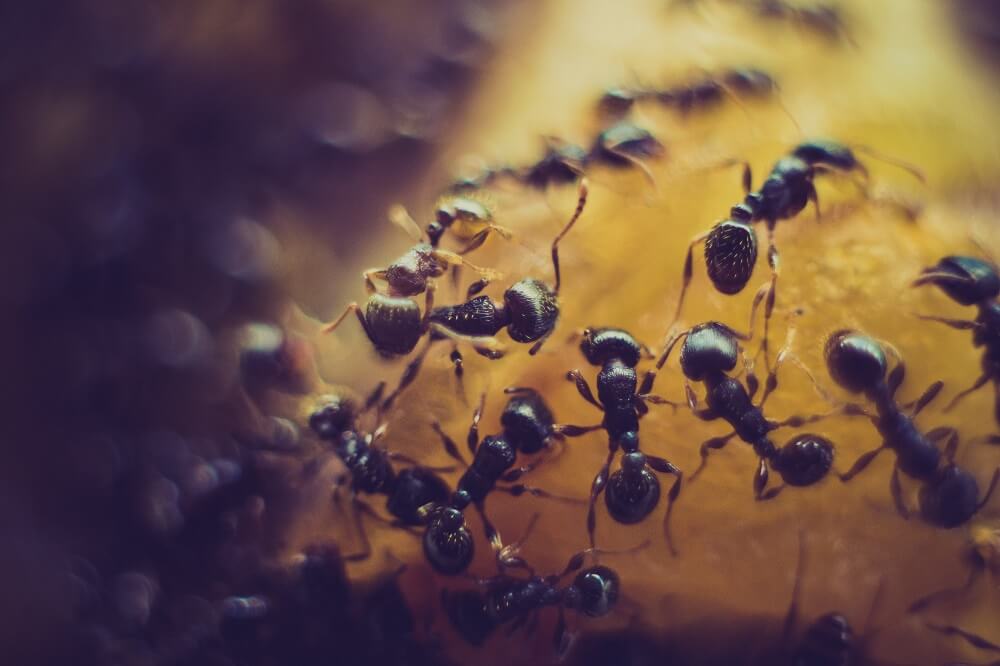 Ants can be a nuisance, but do you know that they are a vital part of the ecosystem? They act as decomposers and clear the ground of organic matter such as dead insects and animals. They increase air, water flow and organic matter in soil.

Ant colonies can be a real nuisance if they are living in your around your home. They can damage your garden, lawn and even your home.

What is an Ant colony?

Ants are social insects and reside in groups. A typical Ant colony contains a queen, male ants and many workers.

The Queen ant is the biggest in the colony and has wings but removes them after mating.

All worker ants are female, but they are sterile and do not lay eggs. They are tasked for nest construction, defending the nest and tending the young ants.

New workers will remain in the nest to tend eggs, larvae and pupae but as they age will shift to nest construction and excavation and later in life may become foragers.

The largest ants within the colony travel farthest away from nest to search for food.

Some ant colonies will have more than one queen to create separate colonies through process called Budding.

Budding is when one queen takes a few works to create a new colony.

Ant Nest – nest that is within close distance of the house.

If you have an issue with ants at home call Sydneys Best Pest Control on 1300 760 045 or contact us via our website.

How can I prevent Ants?

The ants go marching one by one

My ant issue is worse since I had pest control